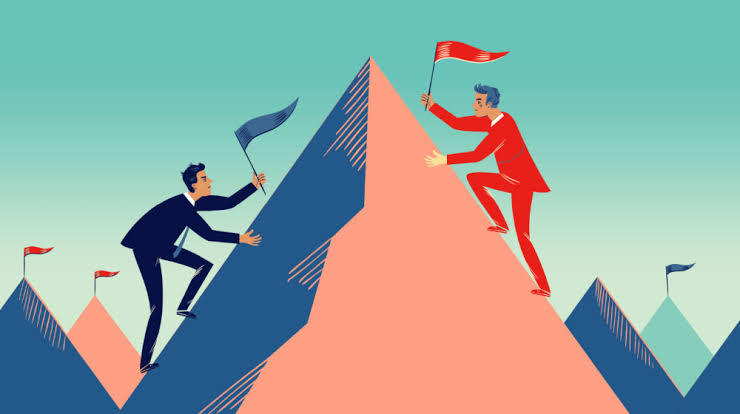 This piece is adapted from interviews Jeff Bezos gave at the Economic Club of Washington in 2018, and the Reagan National Defense Forum in 2019. Both are included in Invent and Wander: The Collected Writings of Jeff Bezos, which was co-published by Public Affairs, an imprint of Perseus Books, and Harvard Business Review Press.

Zero-sum games are unbelievably rare. Sporting events are zero-sum games. Two teams enter an arena. One’s going to win; one’s going to lose. Elections are zero-sum games. One candidate is going to win; one candidate is going to lose. In business, however, several competitors can do well. That’s very normal. The most important thing for doing well against competition — in business and also, I think, with military adversaries — is to be both robust and nimble. And it is scale. So it’s great to be in the U.S. military because you’re big. Scale is a gigantic advantage because it gives you robustness. You can take a punch. But it’s also good if you can dodge a punch. And that’s the nimbleness. And as you get bigger, you grow more robust.

I always point out that there are two different kinds of failure. There’s experimental failure — that’s the kind of failure you should be happy with. And there’s operational failure. We’ve built hundreds of fulfilment centers at Amazon over the years, and we know how to do that. If we build a new fulfilment center and it’s a disaster, that’s just bad execution. That’s not good failure. But when we are developing a new product or service or experimenting in some way, and it doesn’t work, that’s okay. That’s great failure. And you need to distinguish between those two types of failure and really be seeking invention and innovation.

To sustain it you need the right people; you need innovative people. Innovative people will flee an organization if they can’t make decisions and take risks. You might recruit them initially, but they won’t stay long. Builders like to build. A lot of this stuff is very simple, really. It’s just hard to do. And the other thing about competition is that you do not want to play on a level playing field. This is why you need innovation, especially in domains like space and cyber.

When it comes to competition, being one of the best is not good enough. Do you really want to plan for a future in which you might have to fight with somebody who is just as good as you are? I wouldn’t.

So overall, Jeff Bezos points out to Innovation (by taking risks) and decision making as 2 main factors to survive in any IT industry and all of us need to be aware and work towards these 2 traits and develop it well and get it right more often to be considered in the race to transform the world around us.